Your blinkers are hindering your ability to hire talented employees

Do you instantly decline candidate’s based on their previous job title? Then you’re likely limiting yourself from some potentially great candidates!

We have often been told to never judge a book by its cover, so why should hiring new staff be any different?

At the moment, the number of applications for jobs is up across the board by 61% according to TradeMe’s June 2020 analytics. This increase is due to the impact of COVID-19 on the New Zealand and global market, with a lot of Kiwis returning to New Zealand and many more being made redundant.

With this influx of people to the job market, it has made the judgement of suitability for a role by one’s previous job title even more prevalent to us. Simply put, candidates are being overlooked due to hiring managers seeing a job title that doesn’t instantly match with their “ideals”.

If you do this, the chances of you losing a potentially fantastic employee is extremely high.

I have always been an advocate of using aptitude and skills testing to get a 3-dimensional view of a person’s potential. Just this week we were working with a client who wanted a customer service person. We had ten fantastic candidates shortlisted from our talent bank who came from a range of backgrounds, but all with a strong customer focus in both face to face environments and phone-based roles.

However, judgement of a job title meant half of these highly employable people were discounted.

Talent Propeller has its own case study of using aptitude evaluations as part of the selection process and just how powerful it can be.

Joel has now been working at Talent Propeller for four years.  When he applied for a sales role, his CV would not have passed stage one with only three years of work experience in carpet laying. However, because we deploy aptitude testing as part of our selection process, we identified that Joel had an extremely high aptitude for sales.  With a little bit of coaching, mentoring and on the job training, Joel was up and away and has been promoted three times in the time he’s worked with us.

Joel is testament to how powerful aptitude testing can be in really understanding if someone has the potential to perform in your role.

On the flip side, aptitude tests can also indicate a shortfall in skill. Recently, we supported a client with hiring an Accountant and conducted basic numeracy testing on the shortlisted candidates. Several candidates who, on paper would be perfect for the role, scored less than 70% on the basic numeracy test!

This really does show the importance of testing your candidates to see who doesn’t just talk the talk, but can also walk the walk.

My advice, don’t get hung up on a job title.

Bring skills and aptitude testing into the selection process and you will open a world of possibility! 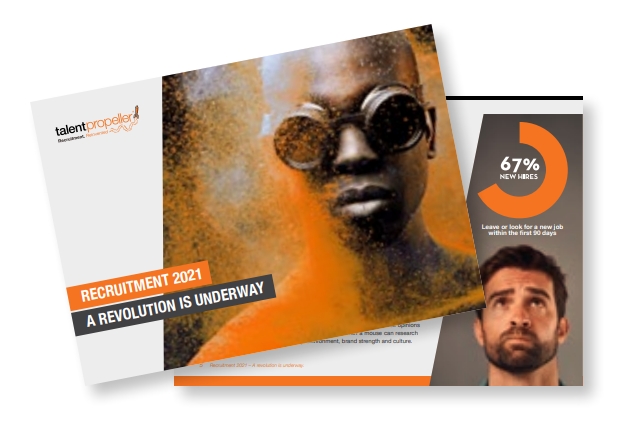